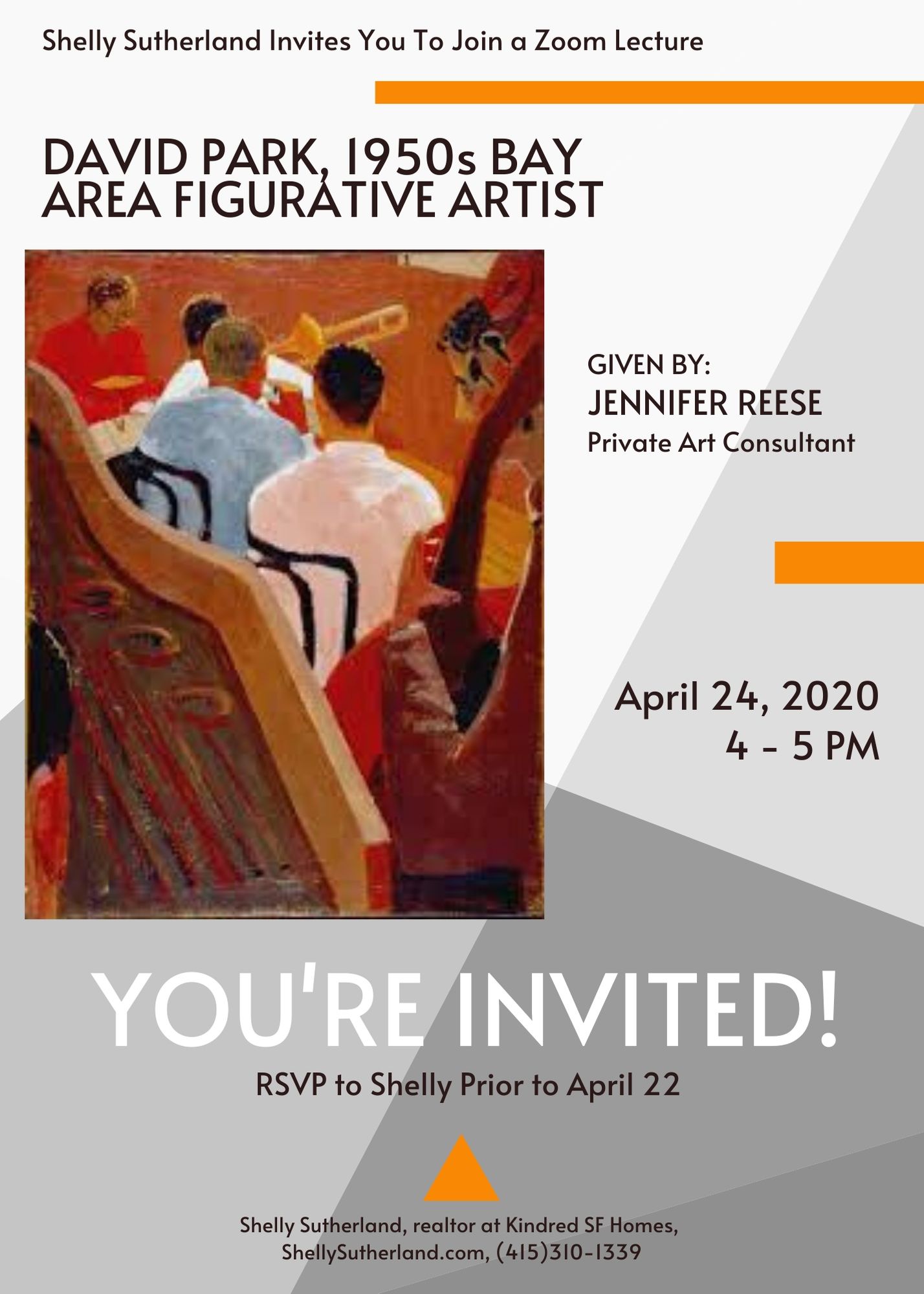 Here’s the introduction to the David Park show at the SFMOMA:

At the age of 38, in late 1949 or early 1950, artist David Park (1911–1960) filled his Ford with as many of his Abstract Expressionist canvases it could fit and abandoned them at the city dump. The work he made next shocked the Bay Area art world. At a moment when serious American painting was dominated by abstraction, Park emphatically reintroduced the figure into his practice and began painting “pictures,” as he called them—a radical decision that led to the development of the Bay Area Figurative Art movement. On view at the San Francisco Museum of Modern Art (SFMOMA) from April 11 to September 7, 2020, David Park: A Retrospective will be the first major exhibition of Park’s work in three decades and the first to examine the full arc of his extraordinary career.

To learn more about Jennifer’s background, read her bio:

Jennifer Reese has been a Private Museum Guide at SFMOMA since 2016 when the museum reopened after being closed for 3 years for its $300 million expansion. Before SFMOMA she was a museum educator at the Metropolitan Museum of Art for over twenty years. Jennifer has a Masters in Art History from Hunter College, City College of New York and an undergraduate degree from Trinity College, Hartford, Connecticut. As an art consultant, Jennifer’s keen eye and depth of art history provides her clients excellent insight into finding works of art that are perfectly suited for them.

Let me know if you are interested in joining the lecture and I will forward the Zoom invitation.